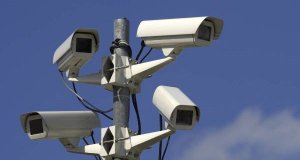 At iWave, we have the solution…

Our dedicated team of skilled engineers have leveraged years of experience and skills in FPGA platform, to successfully design and develop an ultra-low latency video & audio transmission system, for various industrial and commercial applications. This remarkable solution is realised on iWave’s state-of-the-art FPGA System on Module (SOM) that integrates high-performance ARM®+ FPGA architecture in a single platform. Powered by Xilinx® Zynq® UltraScale+™ MPSoC, this ultra-high performance SOM is capable of rendering low latency video & audio transmission with up to 4K resolution over Ethernet in real time. To enhance this innovation further, we have also planned to club this solution with Machine Vision algorithm for real time analysis of video & audio.

A peek into the features of our FPGA SOM How low latency application works with our FPGA SOM

Audio & Video streams are encoded from the respective encoder and are fed to the MPEG TS (Transport Stream) module (MPEG TS transmission and reception module are iWave’s proprietary IP).Here the encoded streams are packetized as per MPEG transport stream standard.

Reverse operation is also under development:

iWave, in collaboration with Revatron has facilitated a unique FPGA solution, that helps reduce latency levels in real-time applications. OEMs can now benefit this innovative solution for their designs and achieve exceptional improvement in systems performance and efficiency. To meet the increasing industrial requirements, we have developed the solution in a highly versatile FPGA platform that can support maximum reuse and best time to market, enabling developers to design and build a highly efficient and reliable system that meets demanding industry standards.

Revatron is a leading Japanese AI solutions company focusing on developing revolutionary real-time AI applications. Among their notable initiatives is the collaboration with Japanese National Lab for the development of a prototype multiple-viewing-angle display system. They have successfully developed a 3D Rendering and 3D Representation technology with Tokyo Research Institute and pioneered the development of a revolutionary AI 2.0 powered video surveillance system. Another breakthrough innovation by Revatron is “See and Tell” Camera that sends text messages of what it sees based on proprietary DOORs (Direct Object-Oriented Reality system) technology .